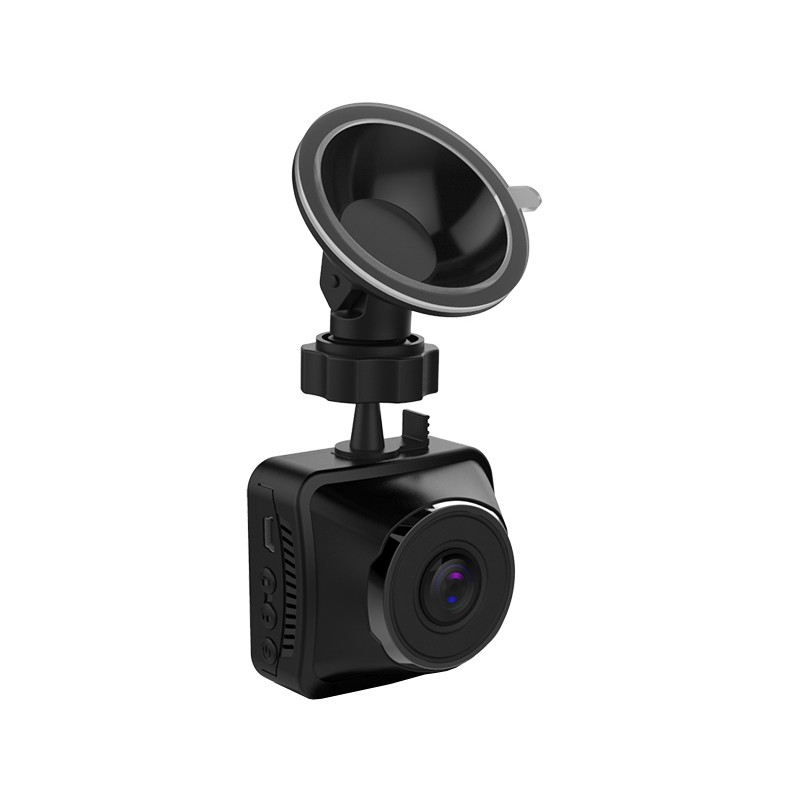 videoCAR S330 is a high-quality car camera designed to record the route in front of the vehicle. It is characterized by an elegant, modern design, and its small size does not limit the driver's visibility. Ideally suited to use in private cars as well as in the company fleet, as a device monitoring various traffic situations.

Discover professionalism and convenience with the videoCAR S330 car camera

The device has been equipped with advanced optics giving a clear, smooth and detailed image in two resolutions: Full HD 1920 x 1080 pixels with 60 frames per second and HD 1208 x 720 with 120 frames per second. Registering the entire area in front of the windshield of the vehicle guarantees a wide-angle lens with a field of view of 145 degrees. The Novatek 96675 chipset and Sony IMX307 optics are responsible for the high image quality not only during the day but also at night, and the WDR technology dynamically reacts to changing lighting conditions, which ensures a clear image regardless of road conditions. 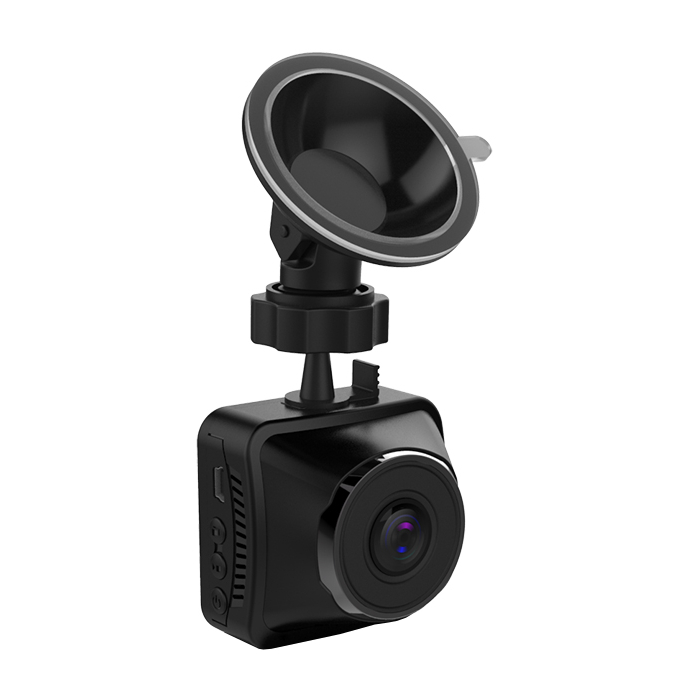 The photos below show examples of images from the camera during the day and at night. Streetlight reflections in the night video are caused by the veins of the heated windshield. 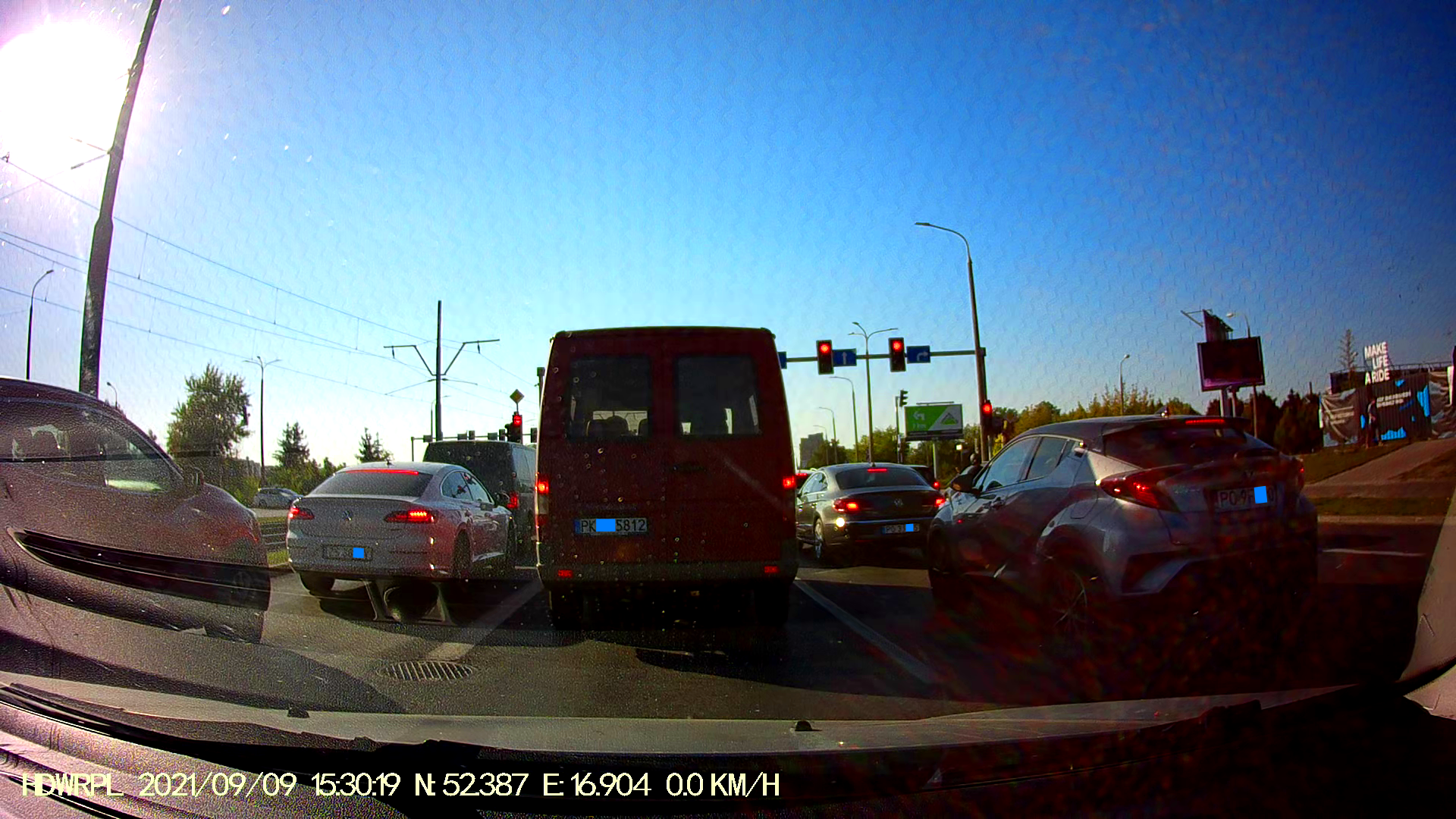 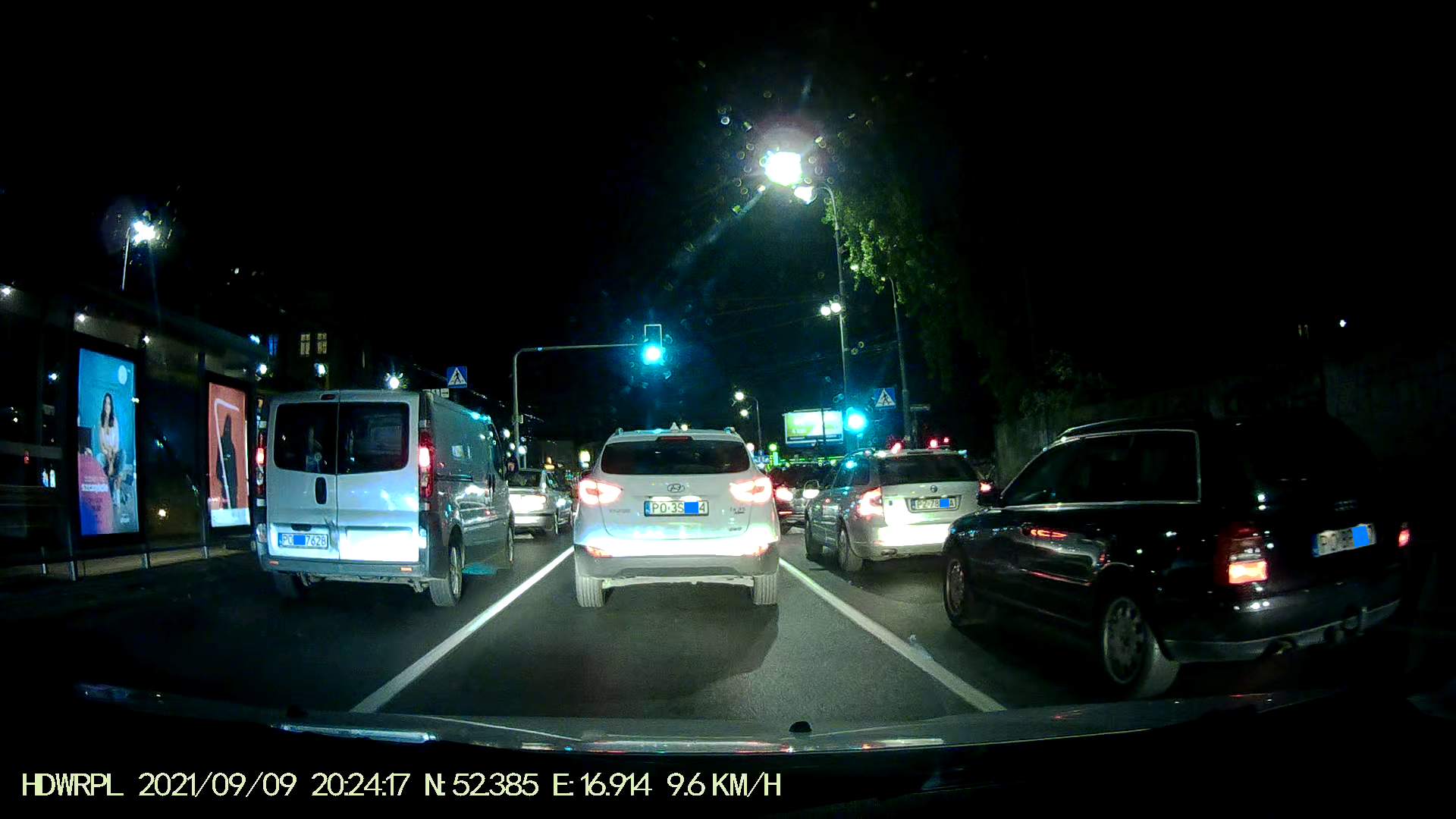 The S330 model has an easy-to-read, 2-inch display which, in combination with the buttons on the sides of the housing, enables comfortable and easy navigation through the menu functions. This affects the simplicity and comfort of use. The camera can also be used as a camera for taking pictures, and all multimedia are saved on a micro SD memory card. 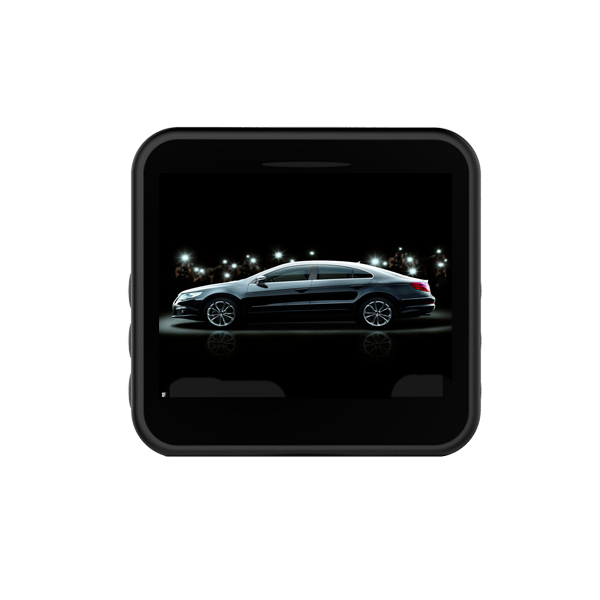 The device can be operated from a mobile phone equipped with Android or iOS. This is possible thanks to the WiFi module after pairing the camera with the smartphone. Thanks to this, the user, after installing a special application, gains not only the ability to preview the vehicle route on his phone, he can also start or stop recording, take photos or change the recording parameters. This option affects the convenience and ease of use. The big advantage is the built-in GPS module, which shows the current coordinates and the speed at which the vehicle is moving on the recording. Noteworthy is the possibility of displaying any sequence of characters on the video, which offers the possibility of adding, for example, a car registration number, company name or driver's name. 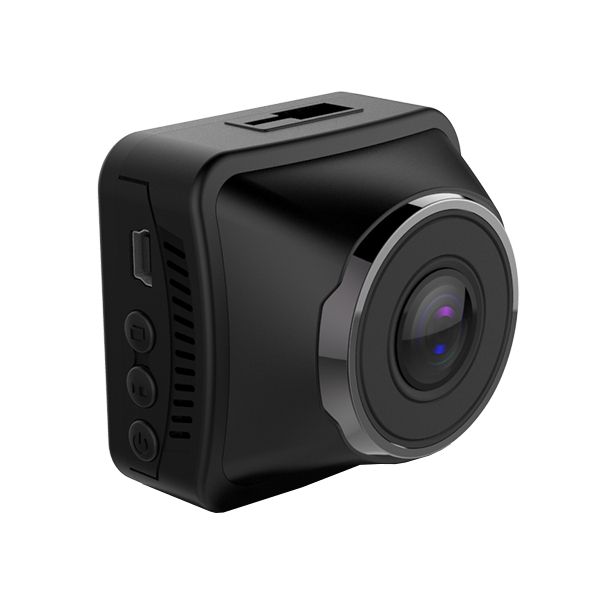 The video recorder is equipped with a G-sensor overload sensor with four sensitivity levels. After detecting a shock caused by sudden braking or a collision, the device will automatically protect the recording against overwriting and deletion. This feature increases safety by eliminating the need for the driver to manually save the recording in an emergency. When parked, the vehicle is protected by the parking mode, which records a few seconds of videos after detecting a shock. Thanks to this, it is possible to determine the perpetrator of the damage done in the parking lot. 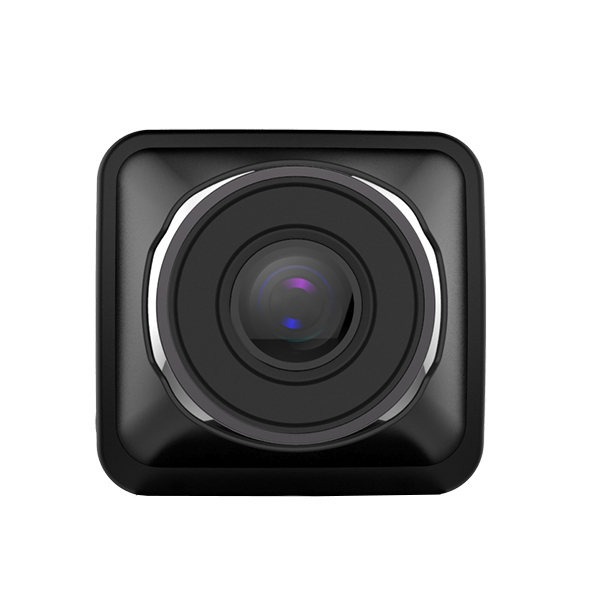 The videoCAR S330 has motion detection that automatically starts recording while driving. User does not have to remember to manually turn on the recording every time he gets into the car. An interesting option is to record videos in acceleration, where one minute of real time reproduces the second of the video recording. This allows you to create an accelerated image of the vehicle's route. 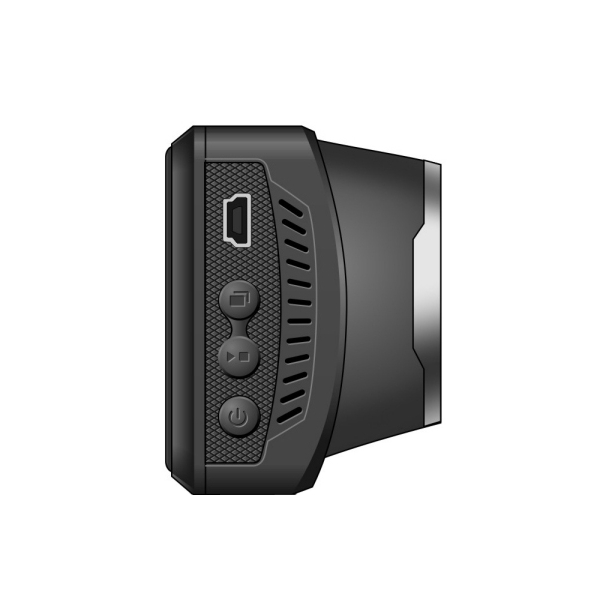 Attention! The camera is sold without a memory card, it must be purchased separately. 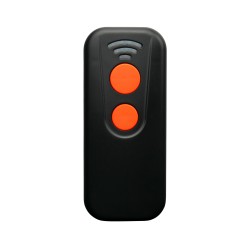 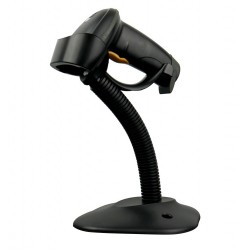 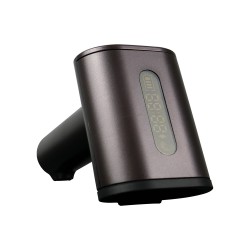 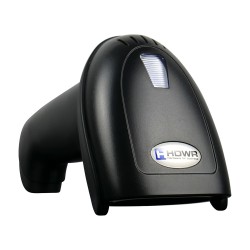 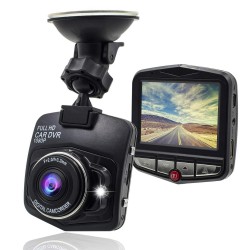 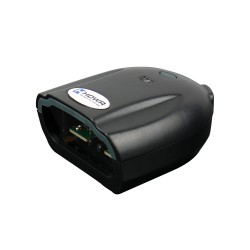 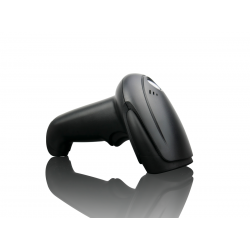 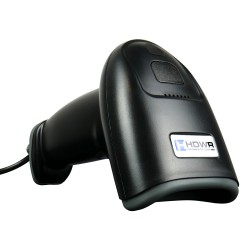